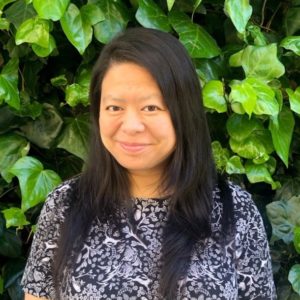 Rose, a native San Franciscan and heritage speaker of Cantonese, takes joy in serving the diverse population of the Bay Area in her capacity as a speech-language pathologist at the Hearing and Speech Center. Rose received her Master of Science in Communicative Disorders from San Francisco State University. She holds a Bachelor of Arts in […]

Tricia has worked as a Speech/Language Pathologist at the Hearing and Speech Center since receiving her B.A. from the University of the Pacific and M.A. from San Diego State University in Communicative Disorders. Tricia enjoys working with a diverse population of children who experience difficulty with articulation, apraxia and language disorders. She has a particular […]

Sara is a licensed speech pathologist who obtained her master’s degree from San Francisco State University in Communicative Disorders. She originally earned a bachelor’s degree in Elementary Education, Special Education and Psychology from Marist College. Sara spent seven years in the classroom teaching both general education and children with speech and language disorders. After receiving […]